The story of the Maid of Orléans

Last week I stumbled upon the book Joan of Arc: in her own words. I heard and read a bit about Jeanne d’Arc, I saw the movie the Messenger with Milla Jovovich as Joan and I even been to the places in France where Jeanne d’Arc used to walk about 600 years ago. The collection of writings by Jeanne made her come alive for me. She is a woman of strength, strongly devoted to the Lord and no one can make her place anything above the will of the Lord. Which ultimately resulted in her being convicted as a heritic by a political trial and burned at the stake. What can we as modern day women learn from her life story?

The historical time of Jeanne d’Arc 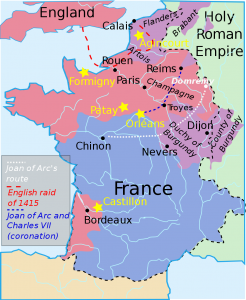 Jeanne was born in Domrémy in 1412, this was during the Hundred Years’ War. The Hundred Years’ War was a series of conflicts waged from 1337 to 1453 by the House of Plantagenet, rulers of the Kingdom of England, against the House of Valois, rulers of the Kingdom of France, over the succession to the French throne. Five generations of kings fought for the throne of the largest kingdom in Western Europe. Domrémy was surrounded by foreign territory but remained loyal to the House of Valois. When Jeanne d’Arc was a child the English had won many battles which resulted in daunted spirits of the French soldiers.

Her given name was Jehanette, when she went to France she was called Jeanne. Witnesses describe Jeanne as a pious child, who often knelt in the Church absorbed in prayer, and loved the poor tenderly. When she was thirteen, she heard a voice from God for the first time. And there was a great light all about. She saw this great light many times before she knew it was Saint Michael. Saint Michael taught her to behave rightly. He told her she will have to go into France, Saint Catherine and Saint Margaret would come to her and that she must follow their counsel. Saint Catherine and Saint Margaret named her Jeanne the Maid, child of God. These messages from Heaven she called her “Voices” or her “Counsel”. Jeanne didn’t talk about her visions for dread of the Burgundians and that they would prevent her from starting her journey. She also feared her father would prevent her. Because her father had dreams about Jeanne running away with a band of soldiers, and said he would rather drown her than this would come to pass.

The Voices became more urgent about her going on her journey. She said “it pleased God thus to act through a simple maid in order to turn back the King’s enemies”. In 1429 when she was seventeen years old she went to her uncle and told him she will go to Vaucouleurs. The Voices told her she had to go to Robert de Baudricourt and tell him that she must go into France.

Robert de Baudricourt was unimpressed by her and refused her twice to let her go to the Dauphin (Charles). The third time she asked him, he gave her men to go to the Dauphin. This was what the Voice had told her would happen. She set out from Vaucouleurs in men’s clothing with a sword that Robert de Baudricourt had given her. Several witnesses have written down her words. On the road she told people that she was not afraid and that she had the Lord with her, who will make a road for her to reach the Dauphin.

She said: I was born for this.

She sent a letter to the Dauphin telling him that she had come from the King of Heaven to raise the siege of Orléans and to lead the Dauphin to Reims to be crowned and anointed. Before she could meet the Dauphin, she was examined by learned men in Chinon and Pointiers. This examinations took several months, they concluded that they could see nothing but good in her undertaking. So she was taken to meet the Dauphin at last. They thought to trick her by having someone else sitting on the throne. The Voices told her who the real Dauphin was and she went to him. This was a sign that she had supernatural guiding. In a private conversation with the Dauphin she revealed something hidden in his heart that only God would know, with that his doubts were cleared away. But more people had to be convinced. There were more examinations to conclude whether she was sent by God or not.

Banner of the Lord 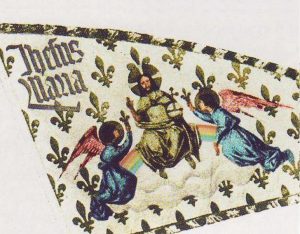 All the questioning held her back from accomplishing that for which she was sent. She asked her Counsel what she should do and they answered, “take up the banner of your Lord”. After that she had a banner made. The field of it was sown with lilies, and therein was the Lord holding the world, with two angels, one on either hand. It was white, and on it there were written the name Jhesus Maria, and it was fringed with silk. She sent men to get a sword from the Church of Saint Catherine at Fierbois, which was behind the alter. She loved that sword but she loved the banner forty times better.

She said to the Dauphin that there are four things laid upon her: to drive out the English; to bring Charles to be crowned and anointed at Reims; to rescue the Duke of Orléans from the hands of the English; and to raise the siege of Orléans. At last she was sent on her way with an army of ten to twelve thousand men. Jeanne had no military training whatsoever. She was a woman in men’s clothing which was frowned upon in that time. The learned men couldn’t find anything fault in her undertaking but were skeptical nonetheless. However, the soldiers and people of France saw in her a symbol of hope. The Maid, who was sent by God to restore France. There was a prophesy about the Maid from Lorraine that will restore France to it’s glory. She inspired and motivated her soldiers to conquer Orléans by her faith and trust in their victory. Their spirits lifted and they got victory after victory. Jeanne d’Arc accomplished the four things laid upon her. You might say against all odds, God was with her.

She said to her soldiers: Trust in God. Make confession, and be shriven, for so God will help you. Being shriven, you shall have the victory, by God's help.

Jeanne went to Compiègne with the army against the orders of the King of France, there she was captured by the Burgandians and taken to Jean de Luxembourg. She made several escape attempts, on one occasion jumping from her 21 meter high tower, which had her gravely injured. In that time it was usual to have a prisoner freed by paying a ransom. The English payed the ransom, the French never made an attempt. Even though Jean de Luxembourg took several weeks to make the agreement with the English, hoping the French would make an offer. Now why did her earthly King abandon her? Out of fear. The English were spreading rumors that she was a heretic and doing the works of the devil. The King of France didn’t want to be associated with her. Which he regretted several years later. When critics started questioning whether he was the rightful King of France. Because he was on the French throne by the effort of Jeanne d’Arc.

Jeanne was sent to Rouen for her heresy trial. There was no valid ground on which she was put to trial. It was a political trial inquired by the English to shame their enemies. Everything said in the trial was written down, all the questions and the answers of Jeanne. In the trial the judges asked her several things about the Voices she heard, her God given mission, and her obedience to the Catholic Church. She answered what she was allowed to answer by the Voices. Several times she said: “I will not answer further to that“.

Speech is silver, silence is golden.

This young woman, only nineteen years old when put on trial, stays faithful to our Lord. Everyone at the trial is against her and is waiting for her to speak against herself and God. But she remains strong and is not intimidated by their trickery questioning. This young woman that restored the Kingdom of France is persecuted by the enemy on false accusations. The question that keeps coming back in her trial is why she wears men’s clothing. Her answer to that is that she will wear it until God tells her otherwise. At the end of the trial her wearing men’s clothing is why she was sentenced to death by fire. Even on the day of her death she didn’t cease to pray for the King of France who abandoned her. She asked the multitude to pray for her and they did, weeping and on their knees. When they started the fire, Jeanne d’Arc cried “Jesus, Jesus!”.

The beauty of learning more about the life story of a Saint is that they lived and walked with God. Their life stories are full of wisdom. These are the lessons we can learn from Saint Jeanne d’Arc, the lessons in her own words.

Want to read more about Jeanne d’Arc? I highly recommend Joan of Arc: in her own words and Personal Recollections of Joan of Arc by Mark Twain. 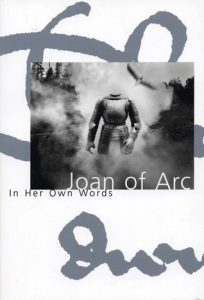 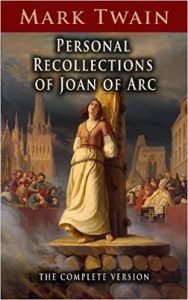 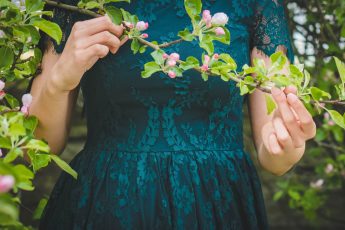 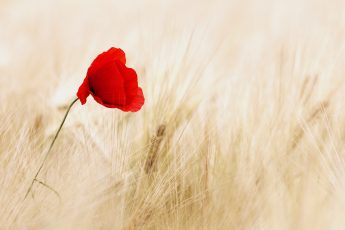 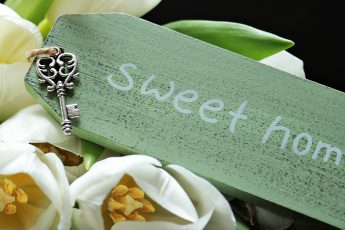 Be a Witness - Symposium

Bible verse of the day

When I said, “My foot is slipping,” your unfailing love, LORD, supported me.
Psalm 94:18